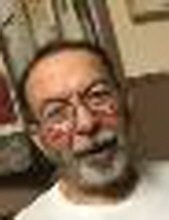 Lebanon, VA – Alfred Leonard Garrett, age 85, went to be with the Lord on January 29, 2021. Born December 5, 1935. He was the son of the late Ethel Maude Fields Garrett and James Randel Garrett. He enjoyed singing and playing the guitar, He enjoyed working on cars, he was the owner of Garet 5 cleaning service and he also worked at Southern Motors in Bristol and Marion Bottling Company. He attended Lebanon Community Fellowship.

In addition to his parents, he was preceded in death by one sister: Carolyn Combs and several aunts and uncles.

Funeral service will be Monday February 1, 2021 at 7:00pm in the Combs-Hess Funeral Service Chapel with Pastor Justin Honaker and Rev. Woody Scott officiating. Burial will be Tuesday February 2, 2021 at 11:00am at Ketron Memorial Gardens, Military rites will be conducted by Lebanon V.F.W. Post # 9864. Family will receive friends from 5:30pm to 7:00pm prior to the funeral service.

In Lieu of flowers donations can be made to Lebanon Community Fellowship or Morning Star Church.

In consideration of the health and safety of all those attending the service, Combs – Hess Funeral Service and the family strongly encourages all CDC guidelines be followed, including the use of a face mask.

To order memorial trees or send flowers to the family in memory of Alfred Leonard Garrett, please visit our flower store.