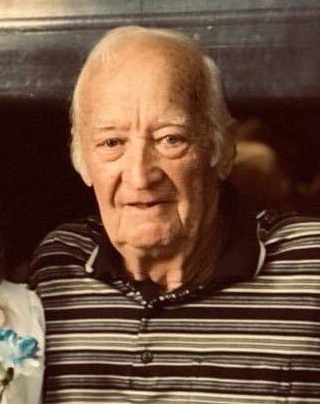 Castlewood, VA – Charlie Junior Dean, age 87, went to be with the Lord on Saturday, October 2, 2021. Born December 13, 1933. He was the son of the late Charlie and Carrie Dean. He attended St. Paul First Baptist Church. He enjoyed operating his business Lydia’s Video and Game Room. He was retired from General Motors in Michigan. He loved spending time with family and friends.

In addition to his parents, he was preceded in death by his wife of fifty six years: Lydia Dean; his daughter: Cathy Dean; granddaughter: Courtney McClellan; and several brothers and sisters.

He is survived by his daughters: Carolyn McClellan and husband Ezra of Dante, Cindy Helbert and husband Johnny of Lebanon; son: Richard Dean of Castlewood; brothers: William Dean and wife Helen of Dante, Frankie Dean of St. Paul; six grandchildren; and several great-grandchildren.

Funeral services will be held at 7:00 p.m. Wednesday, October 6, 2021 in the Combs-Hess Funeral Service Chapel with the Rev. Teddy Phillips and George Jordan officiating . Committal service will be 2:00 p.m. Thursday, October 7, 2021 in The Chapel of Love Mausoleum at Temple Hill Memorial Park.  Family will receive friends from 5:00 p.m. until 7:00 p.m. prior to the funeral service. Family and friends will serve as pallbearers.

Military honors will be conducted by the Lebanon VFW Post 9864.

The obituary can also be found on our website:  www.chfunerals.com    and expressions of sympathy can be made on our Combs-Hess Funeral Service Facebook page. Combs – Hess Funeral Service, 291 Highway 71 Fincastle Road, Lebanon, VA 24266 (276) 889-4444 is serving the Dean family.

To order memorial trees or send flowers to the family in memory of Charlie Junior Dean, please visit our flower store.