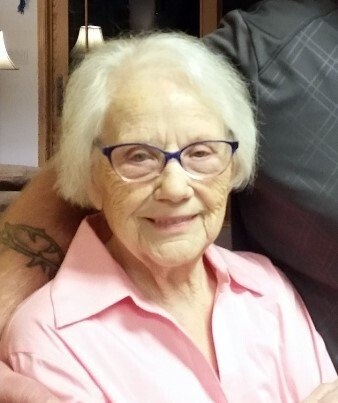 Crown Point, IN - Clara Z. Powers (Sutherland), age 87, of Crown Point, Indiana passed away March 6, 2021. She is survived by her husband: Edward “Hop” Powers, her three children: Jerry (Marcia) Powers, Jeff (Lori) Powers and Lori (Tim) Horsley. She is also survived by her grandchildren: Jason, Joshua, Jeremy, Jeffrey, Brady Powers, and Zachery, Jacob, and Brianna Horsley; and seven great-grandchildren. She was preceded in death by her parents: D.O. and Georgia Sutherland; one brother and six sisters. Clara loved going to bingo, bowling, and watching the Chicago Bulls.

Donations may be made to the Alzheimer’s Association.

A graveside service will be held 11:00 a.m. Thursday, March 18, 2021 at Ketron Memorial Gardens Mausoleum with Pastor Don Zampogna officiating. Burial will follow immediately at Russell Memorial Cemetery. Everyone wishing to attend is asked to meet at the funeral home no later than 10:45 a.m. to go in procession to the cemetery. Funeral director Sam Hess of Combs - Hess Funeral Service in Lebanon, Virginia is providing services to the Powers family along with Burns Funeral Home, Crown Point, IN. www.burnsfuneral.com

To order memorial trees or send flowers to the family in memory of Clara Sutherland Powers, please visit our flower store.