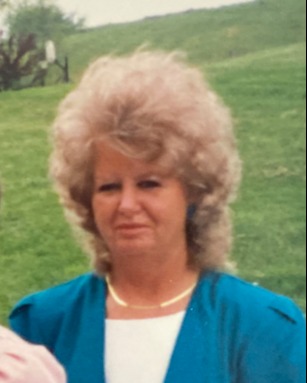 Sissy went home to be with Jesus on Thursday surrounded by family. Sissy loved her family and never took her eyes off of God, always trusting in His plan. She was a member of Antioch House of Prayer.

She was preceded in death by her parents: Malcom and Stella Meade; brothers: Jim, Roy, Johnny and Cecil Meade; sisters: Ethel Hawkins and Peggy Fields.

Funeral services will be conducted at 7:00 p.m. Saturday, January 21, 2023 in the Combs-Hess Funeral Service Chapel with Pastor Jason Nunley and Rev. Bill Salyer officiating and singers will be Sarah and Hope. The family will receive friends from 5:00 p.m. to 7:00 p.m. prior to the service. Burial will be held at 2:00 p.m. Sunday, January 22, 2023 in Grassy Creek Cemetery. All those wishing to attend are asked to meet at the funeral home by 1:30 p.m. to go in procession to the cemetery.

To order memorial trees or send flowers to the family in memory of Gladys Meade Salyer, please visit our flower store.