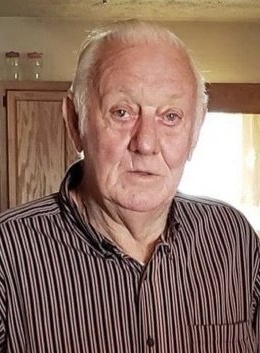 Castlewood, VA- Noah Taylor, Jr., age 78, formerly of Lebanon, VA went to be with his Heavenly Father on Thursday, March 3, 2022 after a short illness. Born March 26, 1943 to Noah Taylor, Sr. and Dallas Marie Burke Taylor. Noah worked for N&W Railroad until his retirement and he owned Taylor’s 66 in Lebanon, VA for several years where he specialized in helping others that knew nothing about mechanics. He served his country for several years in the National Guard. He loved the outdoors and enjoyed many years of hunting and fishing. He spent a few months at the home of his daughter Pam.

A very special thanks to April and Carrie of MSA Hospice Care for the wonderful care during his illness and Dr. Joe Rupe and Dr. Jennifer Jonkers.

Abiding by his final wishes, his body will be cremated. Memorial services will be held at 7:00 p.m. Thursday, March 10, 2022 in the Combs-Hess Funeral Service Chapel with Preacher Randall Taylor and Preacher Caleb Sample officiating and Larry Rasnake providing hymns. The family will receive friends from 6:00 p.m. to 7:00 p.m. prior to the service. The service will be livestreamed on our Combs-Hess Facebook page at 7:00 p.m.

The obituary can also be found on our website:  www.chfunerals.com  and expressions of sympathy can be made on our Combs-Hess Funeral Service Facebook page. Combs – Hess Funeral Service, 291 Highway 71 Fincastle Road, Lebanon, VA 24266 (276) 889-4444 is serving the Taylor family.

To order memorial trees or send flowers to the family in memory of Noah Taylor, Jr., please visit our flower store.