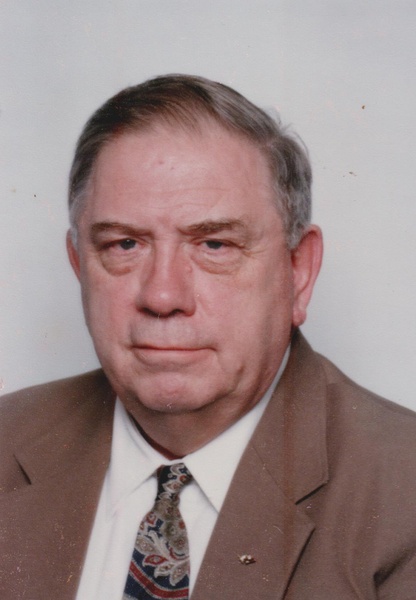 He was born June 1, 1933, in Dante, Virginia to Asa Bascom Carty and Hazel Pauline Blackburn Carty, late of Meadowview, Virginia.

Bill was a 1952 graduate of Castlewood High School. Following high school, he entered the Air Force in 1953 where he designed aircraft guidance systems. After serving in the military, he entered Virginia Polytechnic Institute where he earned a B.S. in Mining Engineering, and later at the University of Kentucky he earned a B.A. in Business. Bill worked as a mining engineer and explosives consultant until his retirement. After retirement he moved to Laurel Bloomery where he opened a real estate sales, appraisal and auction business. Bill was appointed Ham Radio liaison for North America for Homeland Security under the George W. Bush Administration and awarded the rank of Brigadier General.

During his life Bill was a marksman of note, an avid pilot, an enthusiastic fisherman and hunter. He was active in Scouting and supported various charitable works including Mountain Mission School and the Shriners Hospital for Children. Bill was a 32-degree Scottish Rite Mason, a York Rite Mason, and a Knights Templar. He was Past President of the Russell-Dickinson County Shrine Club. He was appointed as a Kentucky Colonel in 1973 and was a lifetime member of the NRA. In 1975, Bill was among the founding board members of Johnson County Bank, Mountain City, TN.  Bill was a member of Stateline Baptist Church in Laurel Bloomery, TN.

Bill will be laid to rest on Saturday, January 22, 2022 at 2:00 p.m. in Temple Hill Memorial Park, Castlewood, Virginia with Rev. James Nunley officiating. The family will receive friends from 1:00 p.m. to 2:00 p.m. Burial will immediately follow the service. All those wishing to attend are asked to meet at the mausoleum.  VFW Post 9864 will conduct military honors and Masonic rites will also be conducted.

To order memorial trees or send flowers to the family in memory of William Joseph Carty, please visit our flower store.